Oh English, why must you be so confusing? This is a question often asked of us at I Can Read by both parents and students. Whilst all languages have their quirks, there seems to be many more in English. We are confident that at I Can Read, we can set your child on the right path to English success. Read on for a list and explanation of some of the more confusing words in English. 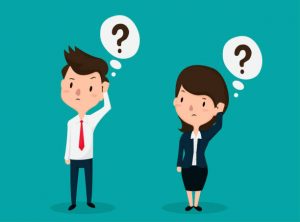 Rob and steal both mean ‘take something from someone without permission, “Rob” focuses on the place or person from which the thing is taken e.g. – The thieves “robbed” three banks over a period of six months and Our local post office was “robbed” early on Tuesday morning, whereas “steal” means to take another person’s property without permission and without intending to return it, e.g. “thieves stole my bicycle on Monday” 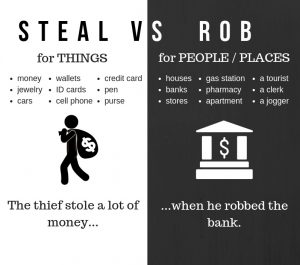 Then is mainly an adverb, often used to place actions in time, e.g. you wake up in the morning and “then” you have breakfast, however than is a conjunction used mainly in making comparisons e.g. my bicycle is better “than” yours. As both the words look and sound so similar, they can be very confusing not only for learners of English but native speakers too. Try to remember; then refers to time while than refers to making a comparison; this will keep you on the right track.

The common verbs lend and borrow are confusing for many learners of English. One reason there is confusion is because lend and borrow have the same basic meaning, but are used for different transactionary purposes.

Lend is used only as a verb, it means to allow someone to use something temporarily, for example banks lend money, libraries lend books. Whereas borrow refers to the person the thing is being lent to. e.g. I “borrowed your pencil, I hope you don’t mind”, may I “borrow” $100 please?

e.g. Leigh “lent” $10 to Claire, Claire borrowed $150 from Leigh, or Sarah often lends her car to Simon, Simon often borrows Sarah’s car. If you are still confused just remember, borrow means ‘to take’ while lend means ‘to give’. 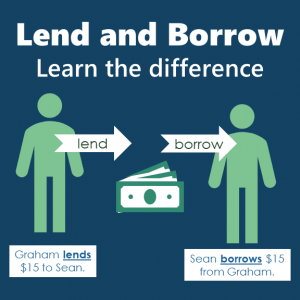 Whether you use “bring” or “take” generally depends on where you physically are regarding the action. The difference between the two words, which indeed is quite confusing, is that “bring” implies movement towards someone or something e.g. bring your sticker collection with you when you come over later and “take” means movement away from someone or something, “take your umbrella with you when you’re going out, it is going to rain later”.

These two words are fairly confusing in their use. They seem to mean the same thing but are actually very different. “Among” expresses a relationship of more than 2 or several items: Samuel found his keys among the many things in his bag. “Between” expresses the relationship of one thing to another thing or to many other things: Patricia stood between the two pillars to take a photo. The idea that between can be used only when talking about two things is a myth—it’s perfectly correct to use between if you are talking about a multiple range of things that have something in common: I have to make a choice between fries, a sundae or apple slices to complete my order for lunch. 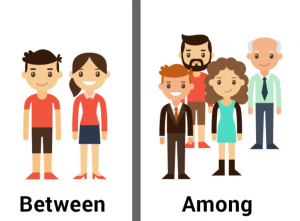 These two are certainly easy to confuse. Although they are often used interchangeably, “further” and “farther” don’t have exactly the same meaning. So, let’s get into the definitions. “Farther” refers to a greater physical distance or a distance that has been measured: Janet can run farther than Chad. “Further” refers to metaphorical distance: Janet is further away from finishing her project than Chad is. Basically, “farther” refers to actual distances between objects while further refers to the figurative distances or something that is additional or more and it is used when there is no knowledge of the actual physical or time difference. So, remember, you need to measure to use “farther,” but you can use “further” in almost all other situations.
Share these with your child today to clear their doubts or to just let them learn something new. We hope this makes English just a little more accessible to your child and remember, English is a journey, not a destination and every little piece of reading, learning and understanding helps your child make progress.

How To Ensure Your Child Is Getting The Most From their Bedtime Story.
It’s Term Break, now what?
How Talking To Babies Can Help Build Their Vocabulary.
Recent Posts
Recent Posts